.NET interview questions: - What is Reflection its implementation and practical uses?

Reflection is needed when you want to determine/inspect contents of an assembly. For example look at your visual studio editor intellisense, when you type “.” (dot) before any object, it gives you all members of the object. This is possible because of reflection. 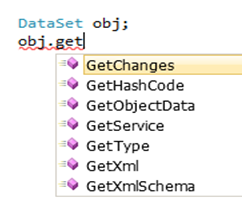 Reflection also goes one step further; it can also invoke a member which is inspected.  For instance if the reflection detects that there is a method called as “GetChanges” in an object. We can get a reference to that method instance and invoke the same on runtime.
In simple words reflection passes through two steps “Inspect” and “Invoke” (optional). “Invoke” process is optional.

Implementing reflection in c# is a two step process ,  1st get the “type” of the object and then use the type to browse members like “methods” , “properties” etc.

Step 2: - Once we have reference the type of the object we can then call “GetMembers” or “GetProperties” to browse throw the methods and properties of the class.